Book onto this amazing nature camp for young people aged 12-18 years. Into it's third year, Camp Avalon has attracted a number of teenagers to the Somerset Levels near Glastonbury, to spend the weekend birding and getting involved with nature.  It is aimed at keen birders as well as those who have now experience of nature and have never been to the countryside or camped.  These are the links to Birdgirl's blog posts about the 2015 weekend.

This year we hope to again have a number of teenagers who are Black Asian Minority Ethnic (BAME) and or live in the city's areas of deprivation. We have plenty to help to ensure that both groups are catered for.

We will be filming for a BBC programme over the weekend with film crews coming on Saturday and Sunday.

BAME or inner city teenagers may be accompanied by an adult if they wish but do not need one to attend.

Girls and boys in be in separate tents with adults. CRB checked adults will be with the teenagers at all times. All food with will be halal.

The programme will be finalised shortly depending on final numbers.

All activities dependent on weather

9.00 pm – 10.30 pm (MD)
Looking for Nightjar on the Mendips (dependent on weather)
Led by Chris Craig, Avon and , British and world birder

8.00 am - 10.30 am (HW)
Birding at Ham Wall, searching for Great White Egret, Bittern and lots of other great birds.  Meet at HWCP.
Led by Julian Thomas, Somerset birder, British and day lister and world birder (with Chris Griffin assisting)

2.00 am – 3.30 pm (AMC)
Sketching for birders
John Gale, acclaimed bird illustrator for ID publications around the world as well as a bird artist

MP – Stockhill Woods, Priddy, Mendips, Somerset BA5 3BE (drive through Wells and then follow A39 towards Bristol and Bath, turn left onto Priddy Road and at the crossroads (with the Hunters Rest on the corner) turn right, the woods are on your right and park in the pull-in before the car park).

£30.00 per person including carers, including food and camping costs

Free places are available to those young people (and parents/family if they wish to come) from an area of deprivation or who are BAME. Camp Avalon recognises that there are almost no young birders from black or minority ethnic backgrounds and so hope that these grants will encourage disadvantaged young people to be able to attend. All equipment needed will also be loaned for the weekend.

Thank you to Avalon Marshes Centre for their support and to the birders who have offered their time in order to pass on their knowledge to young birders.

Thank you to Opticron for the load of five pairs of compact binoculars to this project.


Thank you also to the Royal Bath & West Show Environmental Youth Award who have awarded £500 towards this project, as winners of the 2017 Bristol region and overall winners.

Free transport is available to and from Bristol. The camp site is a 10 minute drive to Ham Wall Car Park.


E-mail campavalonuk@gmail.com with your name, age, if an adult would like to come with you and any dietary requirements. Please also get in touch if you would like to get involved.


Camp Avalon is the idea of Mya-Rose Craig, who also organised the events in 2015 and 2016. She is organising the 2017 camp with the organisation she has formed Black2Nature and hopes to attract more young birders and inner city teenagers. 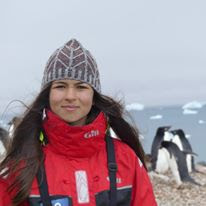 Mya-Rose Craig is a 15 year old young birder, naturalist, conservationist, environmentalist, activist, writer and speaker. She is based near Bristol and writes the successful Birdgirl Blog, with posts about birding and conservation from around the world. She loved seeing Mountain Gorillas in East Africa and Penguins in Antarctica over Christmas 2015, her 7th continent.


Mya-Rose is a Bristol European Green Capital Ambassador along with Kevin McCloud, Hugh Fearnley-Whittingstall, Tony Juniper, Simon King, Miranda Krestovnikoff and Shaun the Sheep! See the full list of Bristol Ambassadors. She has also been listed with the singer songwriter George Ezra and actress Maisie Williams from Game of Thrones as one of Bristol's most influential young people. Please like her Birdgirl Facebook Page and follow her on Birdgirl Twitter